The forest and our lakes

The forest consist for the most part of the so called ”large forest” south of the castle, and some smaller areas east and west of the farm. During many years there was a well-visited dance area in the large forest which people came to by bike from far and near. Today it is built up by deciduous and spruce forest and designated spots for the wild animals. 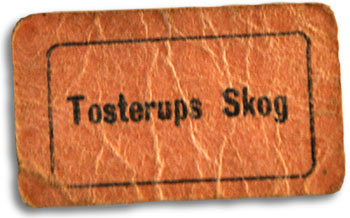 Deforestation and culling is managed by an external part and we have together with them created a sustainable plan with consideration to the wild animals. We have a mix of both red- and fallow deer, roe deer and wild boar and plenty of small game here at Tosterup.

The bird population mainly consists of ducks and teals which innately habitats around and in the lakes. We have a rather spectacular couple of sea eagles as well, who lives in their nest between Tosterup and Munka Tågarp. In the moat around the castle and in our other lakes we have common carp which does a great job in keeping the water clean form algae.